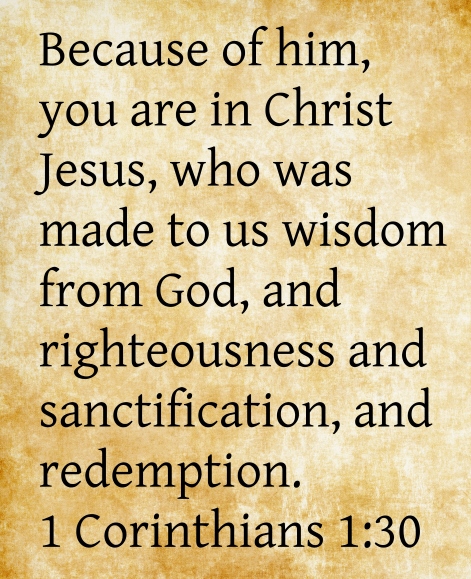 Why does the Bible seem to teach sanctification by works in some places and by grace in others? Do the writers of the New Testament contradict each other, or are we sanctified by both works and grace? Or, perhaps the Bible gives an answer to the sanctification puzzle that we don’t often hear about.

Both between and within the various Christian denominations, theologians hotly debate the doctrine of sanctification. Are we sanctified entirely by grace, entirely by works, or some of each? Are there two kinds of sanctification—positional and progressive? Maybe there are actually five kinds. In this article, I’d like to settle these questions with an honest look at Scripture. A misunderstanding of sanctification has caused grief for many Christians, so all of us should take the time to learn what God teaches us about it in His Word.

The point of this article is to discover the biblical truth of sanctification. Since most of our readers come from a Protestant/Baptist/Evangelical background, that is the broad tradition from which I will begin the discussion. I will not discuss the Wesleyan view, which differs from the rest of Protestantism on sanctification (but see here), and I will not delve into the Catholic and Orthodox doctrines of sanctification.

The first step to help us shed light on this mystery is to see that the New Testament Greek word for sanctification doesn’t convey in its original usage the weight of meaning New Testament writers often put upon it. Hagiasmos simply means “holiness,” and in some translations of the Bible that is the way it is translated—”holiness.” The verb “sanctify” is translated from hagiazō, which merely means “to make holy” or to “consecrate or set apart for holy use.” It is the word translated “hallowed” in many English versions of what is commonly called the Lord’s Prayer: “Our Father which art in heaven, Hallowed be thy name” (Matthew 6:9, King James Version).

Outside of the New Testament, these words were used to refer to objects that had been consecrated for use with deities. When New Testament writers apply these words to people, they are using them in a unique way. Nevertheless, the original meanings can help us understand that there is a way in which sanctification means that we, as God’s elect, are set aside for God’s use.

Briefly, the five are these: 1. Purposed sanctification speaks of God’s eternal decree (His purpose in eternity—Ephesians 1:11; 2 Timothy 1:9) to sanctify His people. God decreed in eternity what He would accomplish in time. 2. Accomplished sanctification is the sanctification of His people that Jesus Christ accomplished on the Cross. This is a very important aspect of sanctification to keep in mind as it focuses on Christ. When you are faced with the question that we will soon see of who works in progressive sanctification, bear in mind that without the work of our Savior on the Cross, there would be no sanctification. 3. Positional sanctification—sometimes called initial sanctification—as its name implies, has to do with our position, or our standing, in our relationship with God. God changes our position from being a sinner under his wrath to being a saint under His grace. 4. Progressive or continuing sanctification is associated with our Christian life. It is the change that takes place in our thinking and in our actions as we mature as Christians. 5. Absolute, future, or perfect sanctification occurs when God will completely separate us from even the temptation to sin and from the sin and corruption of this fallen world upon our entering the eternal state. Most agree that it is another name for glorification.

While I may mention the others, I want in this article to concentrate on positional and progressive sanctification because they are the two most often spoken of and debated.

Theologians teach that in positional sanctification, God changes our position from being of the world to being of the kingdom of God. Positional sanctification is the result in time of God’s purpose in eternity to sanctify, Jesus Christ’s accomplishment of our sanctification on the Cross, and the Holy Spirit’s applying what Christ accomplished to each of us. God places us into the Body of Christ, setting us apart for His use. We go from being carnally minded and wholly sinful to being spiritually minded and able to think righteously and grow in actual, inward righteousness. As you might imagine, it can be difficult to distinguish positional sanctification from other aspects of salvation. For example, regeneration, repentance, and conversion also involve changes of mind and position. We can even find it hard to tell when some Scriptures mean one or the other of the above. In fact, trying to precisely dissect one of these events from another in the life of a believer is rather like trying to say where one ocean ends and another begins. There’s too much blending for precision, yet using the names does help us to grasp what God has done. Positional sanctification is a theological concept describing a reality; it’s a name that helps us to understand that something takes place at the beginning of a believer’s regenerated life by which he or she goes from being profane to being holy and when the person’s desires begin to change from sinful and selfish to wanting to please God and loving others.

In part 2, we’ll take a look at the grace plus works or cooperation view of progressive sanctification.